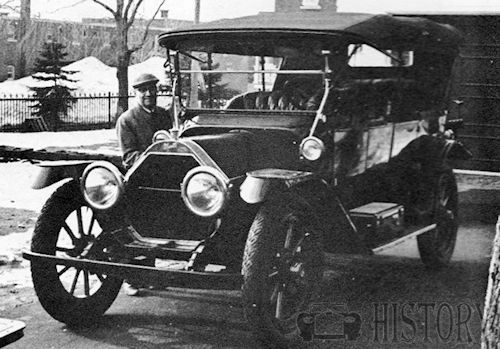 The Russell Motor Car Company was an automobile manufacturer in Toronto, Canada that produced cars from 1904 to 1916. The company is considered to have produced Canada's first successful automobile.

From 1903 to 1905, C.C.M.'s new automobile division, named Russell Motor Car Company with Russell serving as president, began production of electric-powered two-passenger runabouts. In 1905, the company produced its first "Model A" car with a two-cylinder gasoline engine. A larger "Model B", and a four-cylinder "Model C", arrived in 1906. A 40 horsepower touring car was introduced in 1907, with a more prestigious 50 horsepower model coming in 1908.

The Russell vehicles developed a reputation as well-built and engineered cars, and success allowed Russell to focus on the high-end market. Sales offices were opened in England, Australia and New Zealand. In Canada, Russell promoted its vehicles as "The Thoroughly Canadian Car," built with Canadian material, labour and capital. Marketing included publicity stunts such as races on frozen Lake Ontario between Russell cars and ice-yachts. The Russell Motor Car Company Limited was incorporated separately from C.C.M. in 1911.

The company began to experience difficulties with its sleeve valve engines in 1913. A downturn in the high-end market, coupled with the commencement of the First World War in 1914, resulted in Russell selling its automobile production business to the American manufacturer Willys-Overland Motors in 1916. Russell produced munitions during the war, and manufactured automobile parts after the war ended. In 1938, the company changed its name to Russell Industries Limited, as it continued its shift away from the automobile industry, expanding into the manufacture of machine parts. The company continued to exist into the 1950s. 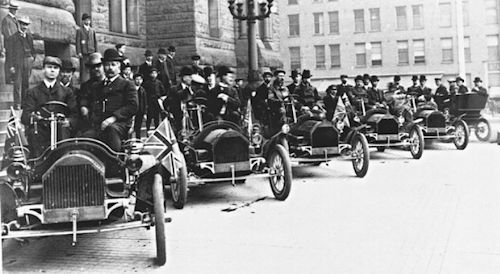