Canadian automobile manufacture,Canada. Produced from 1907 to 1942

In 1869 Robert McLaughlin started up the McLaughlin Carriage Company in a blacksmith's shop in Enniskillen, a small village located 20 kilometres (12 mi) north east of Oshawa. The company began making horse-drawn carriages, and, in need of more workers, moved to Oshawa, Ontario in 1876. In 1898 the company produced more than 25,000 carriages and grossed $1,000,000.00 that year. In 1899, however, the carriage works was destroyed by fire. The City of Oshawa loaned the company $50,000 to rebuild.

The company was incorporated as the McLaughlin Carriage Company of Canada Limited. in 1901. By 1915, the company was making one carriage every ten minutes. 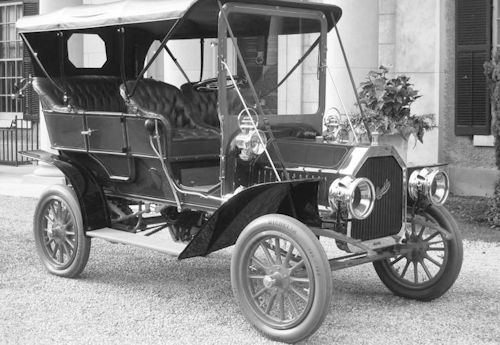 Under the leadership of Robert's son, "Colonel" Sam McLaughlin who was President in 1907, the company began the manufacture of automobiles. A corporation, the McLaughlin Motor Car Company, was set up that year, and formed a 15 year alliance by exchanging $500,000.00 of Buick stock for $500.000.00 of McLaughlin Stock with William C. Durant. Durant had acquired the Buick Motor Company that later would become part of General Motors Company, a holding company. Buick engines and various other mechanical parts were brought in from the Buick plant in Flint, Michigan, and incorporated into the Canadian-built automobiles.

During the first few years of operation, the automobiles were known as "McLaughlins". The name "McLaughlin-Buick" also appeared on some vehicles. By 1914 the company had built about 1,100 cars.

General Motors Canada in 1919 obtained $10,000,000.00 from the new parent company to build a Walkerville plant and establish Canadian Products. In 1923 the name of the Canadian-built model was officially changed to "McLaughlin-Buick", and cars with this name continued to be produced until 1942, after which the cars were labeled as Buicks. 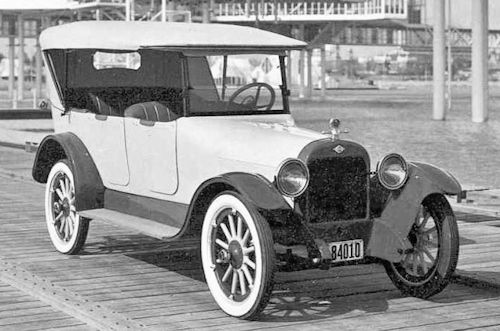 The first McLaughlin automobile was the 1908 Model F.

Until 1914, the cars were finished with the same paints and varnishes used on carriages. This meant each vehicle required up to fifteen coats of paint.

In 1927 two identical specially designed four-door touring cars were built for the Royal Tour of Canada, one to be shipped ahead to the next city while the other was in use.

In 1936 a McLaughlin-Buick was purchased by the Prince of Wales.

Two McLaughlin-Buick Phaetons were built for the 1939 Royal tour. One of these later carried Prince Charles and Princess Diana during their 1986 visit to Canada. 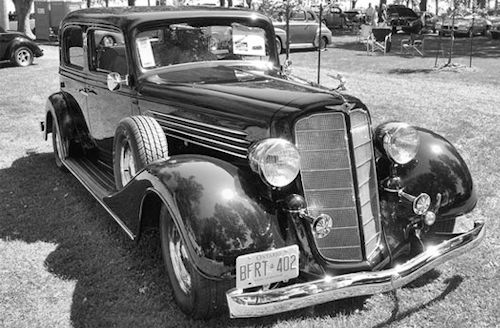