The Cadillac Model B was the second model of the US automaker Cadillac .

Presented at the second, beginning in 1904 and until 1905 built Cadillac it was a constructive modified Model A . In place of the rounded front end panel, a box-shaped structure and the bent frame of the predecessor gave way to a Pressstahl box frame.

Like the predecessor, the Model B was powered by a single-cylinder engine from Leland & Faulconer (type "Little Hercules") lying under the left-hand front seat, which transferred its power to the rear wheels via a two-speed planetary gearbox.

The Model B was available in four different variants: as a two-seater runabout, as a four-seater with additional attachment at the rear (entry from the rear), called Tonneau, as a deluxe two-seater and four-seated Surrey with side access to the rear seats.

In 1904 Cadillac produced a total of 2319, the following year 4029 vehicles of all series. Derivatives of Model B

The single-cylinder production was at Cadillac with the year 1908; from 1909, the brand turned to the luxury car market with the model Thirty .

On the Model B based in the years 1905 to 1908 some other Cadillac models with single-cylinder engine . These were in detail the models: 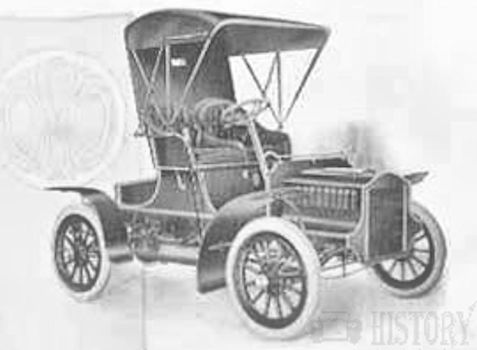