The completely new Sixty Special for 1942 was 7 inches (180 mm) longer and 1 inch (25 mm) lower than the 1941 model, and now riding a wheelbase of 133 inches (3,400 mm), longer than any other non-limousine Cadillac. This marked the beginning of what would become a central characteristic of the Sixty Special. For 28 of the next 34 model years of its existence the Sixty Special would feature a uniquely stretched GM C-Body with noticeably greater legroom and headroom.

Through 1948, Cadillac advertised the Sixty Special as a five-passenger car. This was the year that the bumper 'bullets' were introduced; they would remain a Cadillac styling feature through 1958. The slow-selling sunshine top (sun roof) option was discontinued at the end of the 1941 model year, and would not reappear in a Cadillac until the 1970 Eldorado. While the roomy interior was luxuriously outfitted, Cadillac depended on trim to differentiate the exterior of Sixty Special from its Cadillac siblings. Decorative chrome louvers - which would become a Sixty Special trademark ornament for years to come - were mounted in three locations on the 1942 model: behind the wheel well openings on the front and rear fenders, as well as mounted on the roof behind the rear door opening. In addition to the louvered trim, the Sixty Special had a wider "C-pillar" than other models, and retained its individual chrome bead around the side window glass – one of the only design features to carry over from the original Bill Mitchell design. Just two models were now available in the Sixty Special series – the standard sedan priced at $2,435 and a $2,589 Imperial sedan which featured an electrically adjustable glass division between the front and rear seats. Productions totals include 1,684 standard sedans and an additional 190 Imperial sedans. Because of World War II, Cadillac ended automobile production in February 1942 and began assembling military equipment.

On October 17, 1945, the first post-war Cadillac rolled off the assembly line. The 1946 Sixty Special was now very similar to the C-body Series 62, though a mild wheelbase stretch added more room to the rear seat area. The 1946 model showed few changes from the 1942 model, including a mild grille redesign and new bumpers. Parking lamps and turn signals were now mounted below the headlights. This was the first year the "V" was used underneath the Cadillac crest (the last vehicle to use this emblem would be the 1984 DeVille). Only one model remained in the Sixty Special lineup – the $3,054 standard sedan. Both sets of fender-mounted chrome louvers were gone, but roof-mounted ones remained. Cadillac now used a negative-ground battery on a 6-volt system. Sixty Special would only reach 5,700 units for 1946, as it did not go into production until later in the model year. An electric clock was standard.

Few changes greeted Sixty Special for 1947, as an all-new design was coming in 1948. Cadillac's famed "sombrero" wheel covers – in bright stainless steel - debuted this year. Behind the redesigned grille was the same 346 cu in (5.67 L) engine that Cadillac had been using since 1936, now rated at 150 horsepower (110 kW). Bright metal stone shields – mounted on the forward edge of the rear fenders - replaced the black rubber pieces used on the 1946 model. The new grille was made up of five bars versus the previous six. Lastly, Cadillac script nameplates replaced the block letters used previously. Price was up to $3,195 – a pretty substantial jump from the 1942 price of $2,435 considering it was practically the same vehicle. Despite the steep price hike, production hit a new height at 8,500 units, but this represented only 14% of Cadillac's sales, down sharply from the 40% share they had represented in 1939. This was largely due to the tremendous sales success of the Series 61 and 62, whose low, runningboardless bodies, with broad shoulder room, had been inspired by the original Sixty Special. 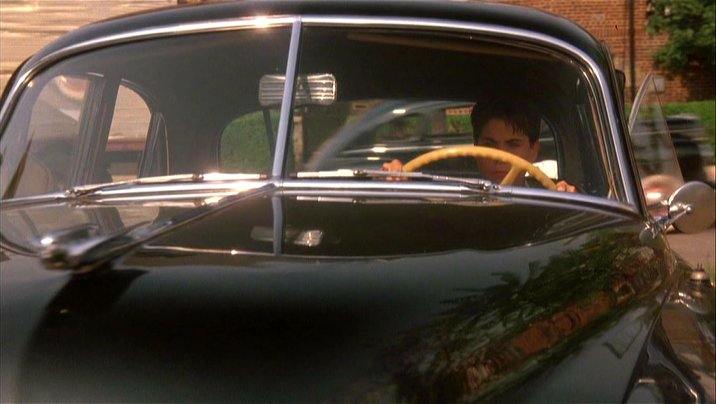