The Bugatti automobile was prototyped as the Type 10 in Ettore Bugatti's basement in 1908 and 1909 while he was chief engineer at Deutz Gasmotoren Fabrik in Cologne, Germany.

The Type 10 used a monobloc straight-four engine of Ettore's own design. it was an overhead cam unit with 2 valves per cylinder, highly advanced for the time. A very-undersquare design, it had a 60 mm bore and 100 mm stroke for a total of 1.1 L (1131 cc/69 in3). This was attached to an open roadster body with solid axles front and rear. Leaf springs suspended the front with no suspension at all in the rear. Cables operated rear drum brakes.

On ending his contract with Deutz, Ettore loaded his family into the Type 10 and headed to the Alsace region, then still part of the German Empire looking for a factory to begin producing cars of his own. After World War I, Alsace became a part of France again, and with it Bugatti.

The car was preserved and nicknamed "la baignoire" ("the bathtub") by the staff at Molsheim in later years due to its shape. Ettore restored it in 1939 and repainted it an orange-red color, earning it a new nickname, "le homard" ("the lobster"). It was moved to Bordeaux for the duration of World War II and remained there for decades before falling into private ownership. Today, the car is in California in the hands of a private collector. 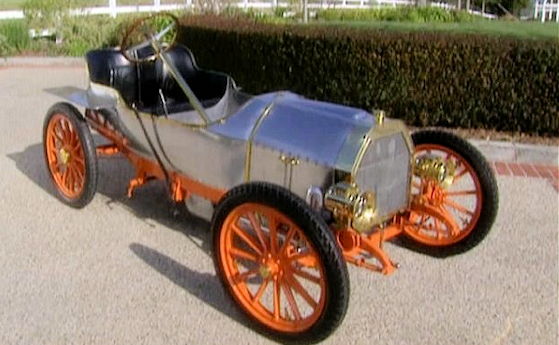