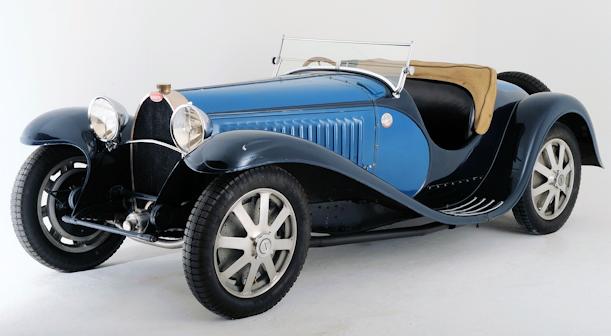 The Bugatti Type 55 was a road-going version of the Type 54 Grand Prix car.

Bugatti progressed with the Brescia Type 22 model from strength to strength during the twenties, their classical cars excelling in everything from Grand Prix competition through endurance sports-car and touring-car racing to outright production road use. In the Type 55 model Ettore Bugatti produced one of the finest sports cars in history.

This model was powered by a variant of the Type 51, 2.3-litre engine with supercharging and twin over head camshafts; this was a Grand Prix racing engine, installed slightly de-tuned in a type 54 Grand Prix racing chassis.

As a racing project the Formule Libre Type 54 had been shelved after proving itself good for 140mph or more but it suffered from poor
weight distribution and the deleterious effects on handling and roadholding
behaviour.The 4-9-litre engines earmarked for the type 54s the had been diverted to the type 50T touring models, whereupon the type 55 being to absorb into the chassis design, with the smaller and lighter 'two-three' straight eight engine installed.

A Roots-type supercharger was used.The car's 4-speed manual transmission came from the Type 49 touring car. 38 examples were produced from 1932 through 1935 and they produced a racing version later on. 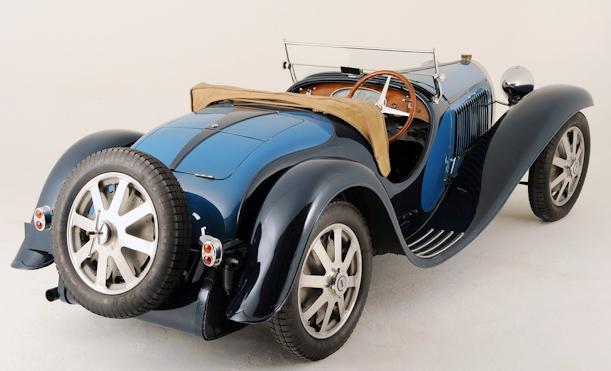