The Bugatti Type 18, also called the Garros, is an automobile produced from 1912 through 1914. Produced shortly after the start of the business, the design was something of a relic. It had much in common with the cars Ettore Bugatti had designed for Deutz Gasmotoren Fabrik but with the radiator of the Type 13. Only 6 or 7 examples were built.

Roland Garros (1888-1918) aviator, sportsman, close friend of Ettore Bugatti was the first owner of Black Bess in 1913. It was the fourth car built and was to be the only Bugatti with chain drive. A keen tennis player the French Open was named after Garros in 1927.

Named Black Bess, after Dick Turpin's mare, by 1920s owner Ivy Cummings, this car had a considerable career at Brooklands soon after the first World War. 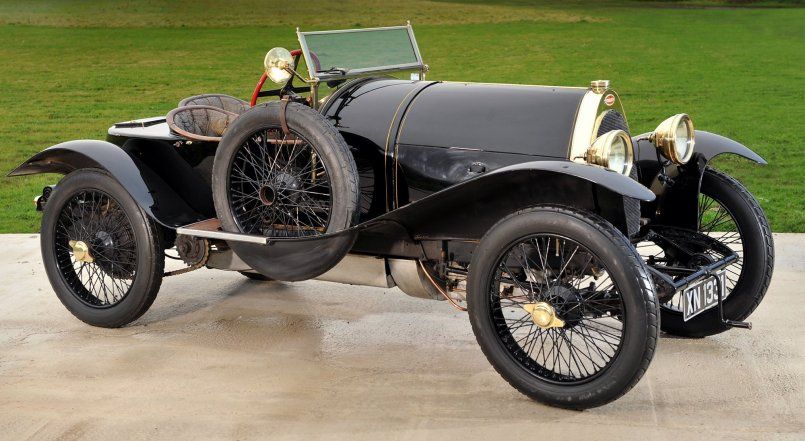 In spite of the advanced nature of its design the engine gives little of the harsh racing car impression. Again, in spite of the size of that engine it does not give the impression of a big car and in spite of the tall radiator the short wheelbase lends it the appearance of a small sports car. On the road that impression is reinforced, the delicacy of control makes it a joy to drive and one can still flick the gearlever about as you may do only in an early Bugatti.

The subdued howl and occasional suggestion of snatch from the side chains remind that this is a period car. If this car is typical of what the Prince Henry Tours produced the Prince Henry period can only be regarded as a most important constituent of the Golden Age.
Kent Karslake, 1956.

The only other surviving examples are in the Schlumpf Collection, Musée National de l'Automobile de Mulhouse, France and the other car is privately owned and in England. 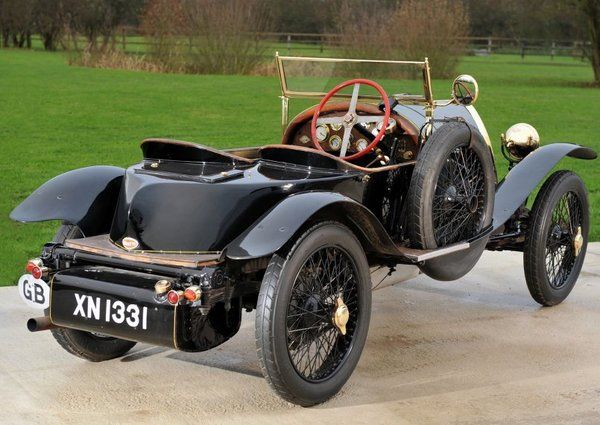