A 2-seater, 4-wheeled roadster with doors. Powered by a twin cylinder 479 cc Fiat 500 engine driving through a four speed gearbox. Top speed was around 135 km/h (84 mph) and three cars were produced. This model was developed for potential Indonesian licensee NGO, but the project eventually came to nothing. 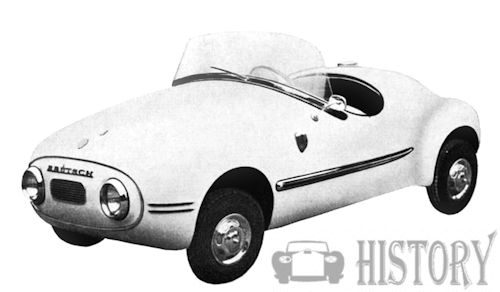