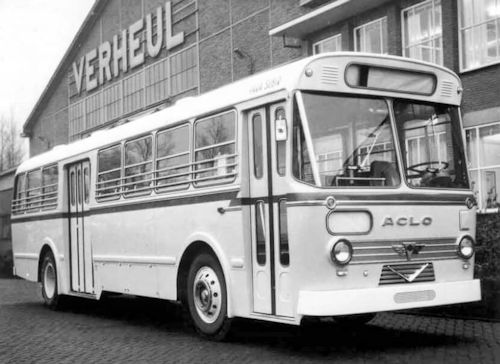 From the inception of Associated Commercial Vehicles Ltd, all AEC, Crossley and Maudslay goods and passenger models supplied to Spanish-speaking countries were known as ACLO.

After the second world war British buses were gain exported around the world. from 1948 These traditional buses helped British manufacturing abroad but in relatively small numbers.Later from 1962, in common with Leyland Group policy, these were often marketed as Leyland.The ACLO (Associated Company Lorries and Omnibuses) was the brand name used by AEC in Spanish-speaking countries  Latin American countries, including Brazil, and in Spain.ACLOs were also in Argentina, Uruguay and Brazil.

The buses, single and double deckers forward control, front engined, long wheelbase in Europe such as the Leyland Tiger and Regal from the times,use of a a slightly different body and reversed gearing not found in the British versions and ACLO badges replacing the normal AEC and Leyland logos.