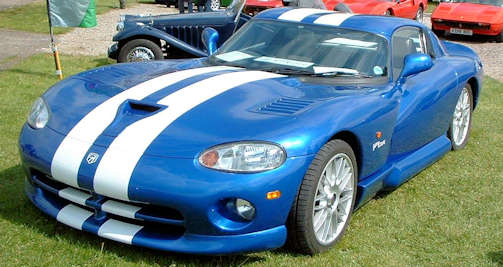 VPR Cars was a British manufacturer of replica automobiles . The brand name was VPR .

Colin Herd founded the company in 1999 in the Scottish region of Fife . He started producing automobiles and kits .  In total, about three copies were created. By 2004 ended production.

The only model was similar to the Dodge Viper . An aluminum chassis formed the base. Many structural parts came from the Ford Granada and also mazda .