Carmakers manufactured in Scotland Great Britain from 1897 to 1903. 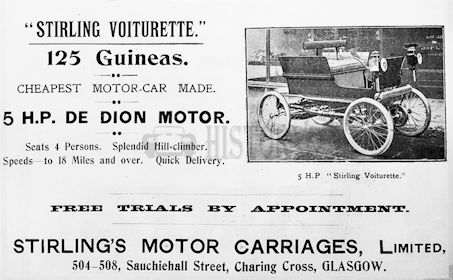 Stirling's Motor Carriages Limited was a early British manufacturer of automobiles from the late 1890s to the early 1900s.

The company J. & C. Stirling began in 1897 in Hamilton Scotland with the production of automobiles. In 1898 it was renamed Stirling's Motor Carriages Limited and in 1902 the move to Granton near Edinburgh . 1903 ended the production. Chance created bodies for other manufacturers, such as the Raft Victoria of Pennington .

Between 1897 and 1902, the models 4 HP and 12 HP were manufactured, which were equipped with built-in motors from Daimler Motor Company and therefore also referred to as Stirling Daimler  and a De Dion engines depending on model.

In addition, there was from 1900, the model 5 HP , a licensed production of the French Clément-Panhard with an evolution of the Daimler - single-cylinder engine from Panhard & Levassor (P & L) and for technical reasons import-technical reasons with their own bodies. This vehicle was also called Stirling-Panhard and Clément-Stirling lknown. It was one of the first consistently focused on lightweight automobiles with many technical innovations such as a chassis made of welded steel tubes and the first self-adjusting steering.

The Clément-Panhard was a construction of the P & L chief engineer Arthur Constantin Krebs and one of the first automobiles that was produced in parallel in two states. 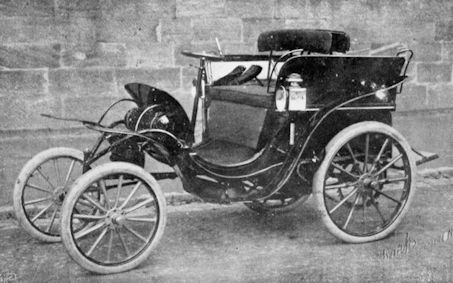