Scotsman Motors Limited was a British car manufacturer based in Edinburgh between 1929 and 1930 . 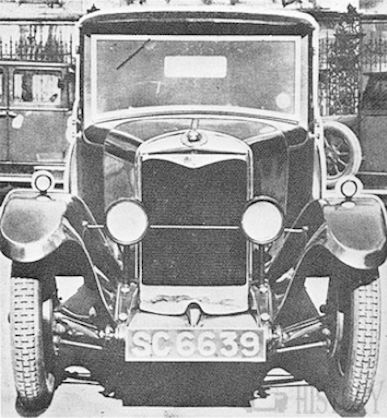 The company offered two models that are middle class. The Little Scotsman had a top - mounted four - cylinder in - line engine with 1.5 liter displacement and was built on a chassis with 2819 mm wheelbase and 1321 mm gauge. The 16.3 hp after a license from SARA was equipped with a six-cylinder overhead engine with overhead camshaft, which was air-cooled and had 1.8 liters of displacement. Its chassis had a wheelbase of 3048 mm and a track width of 1416 mm.

The 16.3 hp was built only for a year, the Little Scotsman was last available in 1930, as well as this company closed.

There was no connection to the Scotsman Motor Car Company of Glasgow , who produced 1922 to 1923 automobiles.