Car manufacturer of Govan, Glasgow.Great Britain from 1920 to 1923. 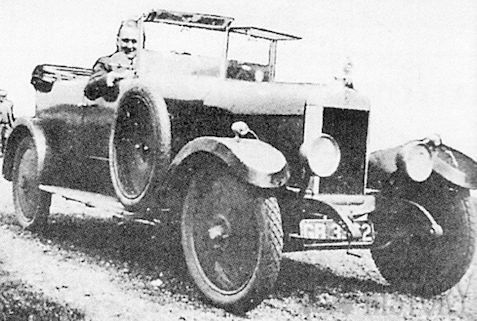 The Gilchrist Cars Ltd. was a British automaker in Govan . From 1920 to 1923 was a middle-class car model made there in, Glasgow.

Sam Gilchrist of Scottish Commercial Cars worked with his former employer, to build the vehicle .

1920 they built there first car with the Gilchrist 12 hp a conventional touring car which appeared at the Scottish Motor Show in the same year ,the car which was equipped with a top - mounted four-cylinder inline engine of Hotchkiss from France . The engine had a displacement of 1.6 l and the car a wheelbase of 2,845 mm.

In 1923, the brand disappeared from the market again.