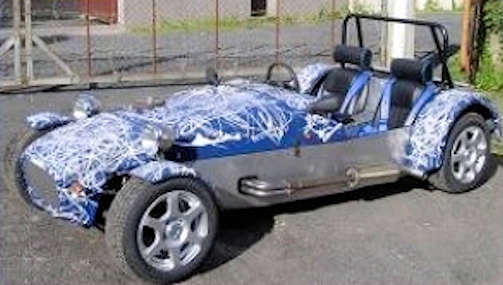 Deanfield Motorsport was a British manufacturer of automobiles from the early to mid 2000s. The brand name was Deanfield .

Graeme Young founded the company in 2001 in Stewarton in the Scottish county of Ayrshire . He started in 2001 with the production of automobiles and kits . A total of about 100 copies were created, many of which were sold to Northern Ireland . By 2006 ended the production.

They were vehicles in the style of the Lotus Seven .The vehicles were based on the Triton , that Triton Sports Cars had offered from 2001 to 2003.  The open body could accommodate two people. The version T-1 had a rear rigid axle and many parts of the mk2 Ford Escort. The T-2 was a bit more modern with a rear independent suspension and many parts of the rear wheel drive Ford Sierra .

Automotive Manufacturer of Stewarton , Ayrshire; Great Britain from 2001 to 2006.
Updated
Tuesday, 12 May 2020
Edited By
MCH