Automotive manufacturer of Angus Scotland.Great Britain from 1906 to 1910.

Dalhousie was a British automobile brand, which was owned by The Anderson-Grice Co. Ltd. from 1906-1910 . in Carnoustie a builder of cutting machinery and over head cranes .

The Dalhousie was a conventional, four-seat touring car , which was easily recognizable by its sloping rear radiator.

When the company realized in 1910 that only a few units had to be sold of the expensive cars, they stopped production. 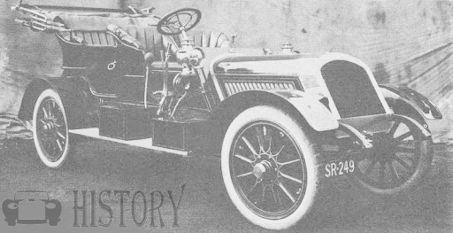