Automotive manufacturer of Great Britain from 1983 to 1991. 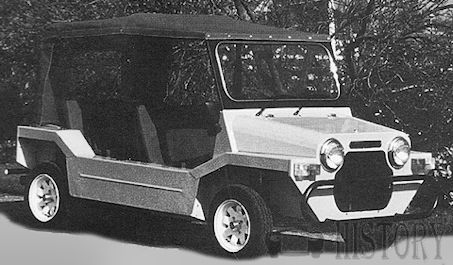 Scout was a British kit car brand like the Mini Moke. from the 1980s to the early 90s

The company Import Export from Spalding in the county of Lincolnshire began in 1983 with the production of automobiles and kits . The brand name was initially TMC . But a little later he was changed to Scout . In 1985, the production ended first. From 1987 to 1988, Automotive Engineering & Manufacturing from Merthyr Tydfil continued in Glamorgan under the leadership of Bob Wareham, Kent Davies, Richard Barwick and Ian Bishop. This was followed from 1990 to 1991 The Sun Motor Company from Solihull in West Midlands, In total, about 150 copies were made.

The only model was an initially TMC Scout and later Scout only . It was like the Mini Moke . The choices were versions with four and six wheels. The base formed a monocoque from steel .