Automotive Manufacturer of United Kingdom from 1987 to 1989 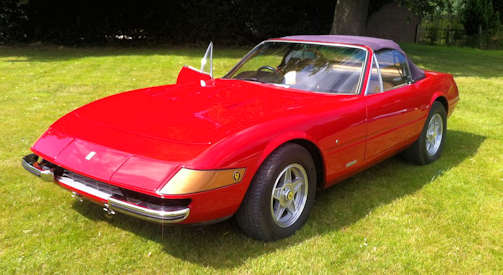 EC Autocraft , formerly PKA Marketing , was a British manufacturer of replica automobiles in the 1980s .

Spaniard Emilio Garcia and Brian Angliss founded PKA Marketing in 1987 in Ponthenri near Llanelli , County Carmarthenshire , Wales . They started with the production of automobiles and kits . The brand name was the prototype PKA . In the same year the company was renamed in EC Auto Craft .  The brand name was then EC .1989, the production ended. Arrow Spyder Llanelli, led by Norman Bond, continued production until 1991, maintaining its brand name.  Overall, emerged about 80 copies. Hillcrest Classics from Brynmaer then continued the production, but marketed the vehicles as Hillcrest.

The models were named Arrow . The basis of the vehicles formed a special chassis . On top of that , a fiberglass body was produced by Peter Jacobs. Alternatively, the body consisted of a mixture of fiberglass and Kevlar , steel or aluminum .  A V12 from Jaguar XJ 12 drove the vehicle. Initially, only a roadster named Spyder was in the range. In 1987, a coupe was added. Both were replicas of the Ferrari GTB / 4 "Daytona", A kit cost £20,000 and a complete vehicle £25,000 pounds. Total incurred 73 coupes and 7 Spyder .