Carmakers manufactured in London and Wales Great Britain from 1967 to 1983. 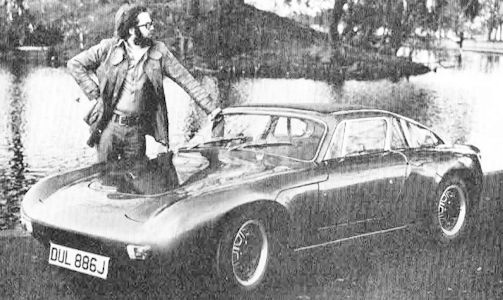 The company headquarters were in Clapham, London from 1967 to 1976 , then in Tregaron in the county Ceredigion in Wales and from 1980 to 1983 in Lampeter , also in Ceredigion.

The company produced competition cars based on small cars. In 1968, the Davrian standard was introduced. The car was based on the Hillman Imp , whose four-cylinder in-line engine with 875 cc he also owned. This made 51 hp (38 kW) at 6,100 min  .

In 1969, the Davrian Sport was added, the four-cylinder engine it brought to 998 cc. He was also based on the Hillman Imp, but was designed in contrast to the standard for track racing.

The cars were more racing cars for private drivers, but also possessed a street legal. In addition to the engines based on the Hillman Imp, almost every engine from Rootes or Ford had to be installed on customer request .Later car Built in Wales  as the mk 8

Though perhaps best known for its competition successes, Davrian is also a superb road-going sports car. Years of development have resulted in a super-tough little two-seater,splendid handling and a level of performance
A mid or rear engined layout in the sophisticated chassis either transverse or longitudinal power units, light weight and technical refinement ensure the Davrian's reputation as a real driver's car.

£1,670 plus VAT is the price of the basic MK VIII body/chassis unit. The bodyshell is a glassfibre monocoque structure with strong integral roll-over cage and detachable body panels. Side and rear windows are also supplied and the flush fitting windscreen is prebonded in place.

The interior features a moulded instrument binnacle, headlining and upholstered bucket seats, and also included are a complete water cooling system, twin fuel tanks,suspension and engine mountings, door catches and drive shafts to suit the choice of engine. The mid-engine layout permits the use of Mini, Fiesta or Escort transverse units, while Renault and Imp engines/transmissions can be mounted at the rear, as can Ford Kent
engines in combination with VW gearboxes.

Davrian offer a wide choice of components ranging from front and rear disc brakes to specially fabricated suspension and full electrical systems. The MK VIII can also be purchased as a rolling chassis or virtually complete (only lacking an engine and gearbox). Top spec Davrian Dragon even includes Fiesta 1300S engine and cutting assembly work. 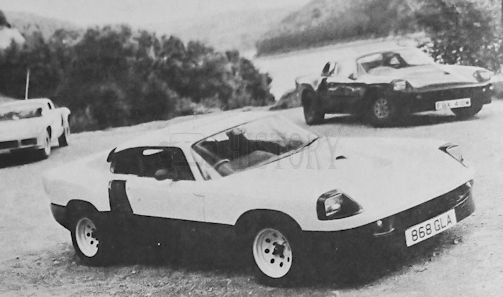