Car manufacturer of Ballynahinch , County Down.Great Britain from 1983 to 1985. 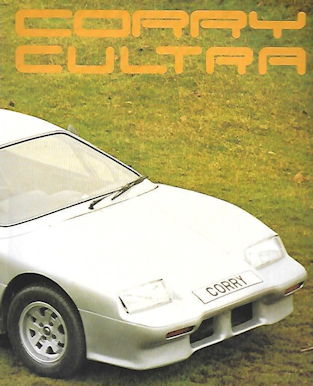 Will Corry founded the Corry Car Company in 1983 in Lisburn , County Antrim . He bought out Davrian . He started producing automobiles and kits . The brand name was Corry . In 1985 the company moved to Ballynahinch in County Down and the change of name to Corry Cars . In the same year the production ended. In total, about nine copies were made.

The only model Cultra was a revised Davrian. Tony Stevens, who previously ran Stevens Cars , was the designer. The engine was mounted in the middle of the vehicle. Unlike the Davrian, the car was designed more for rally use.