Car manufacturer of Herefordshire .Great Britain from 1983 to 1986. 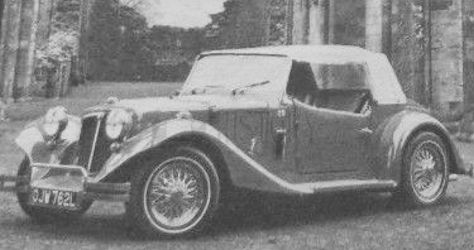 Wyvern was a British Retro kit car brand from the 1980s in Herefordshire.

Gerry Johnson and Brian Cook founded the company JC Composites in 1983 in Kingstone , Herefordshire . They started with the production of automobiles and kits . The brand name was Wyvern . 1985 ended production. Hawk Associates from Hereford in Herefordshire continued production until 1986, maintaining the brand name. In total, about 105 copies were made.