Automotive manufacturer of Great Britain from 1906 to 1910. 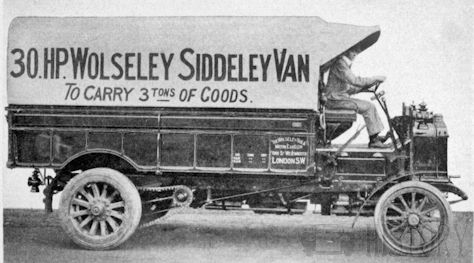 Wolseley-Siddeley is a former British car brand in the early part of the 20th century.

The Wolseley Tool and Motor Car Co , which previously offered automobiles under its own name, took over in 1905 the Siddeley Autocar Company and its designer John Davenport Siddeley . From then on, the vehicles were marketed as Wolseley-Siddeley The higher range cars used by the Royal family of the time. They used Engine types from both brands from 10 to 50 HP in the cars and chassis for trucks up untill 1910.

From 1910, the brand name Wolseley was used again after Siddeley had left the company production continued in Birmingham.