Automotive manufacturer of Slough , Berkshire.Great Britain from 1987 to 1998. 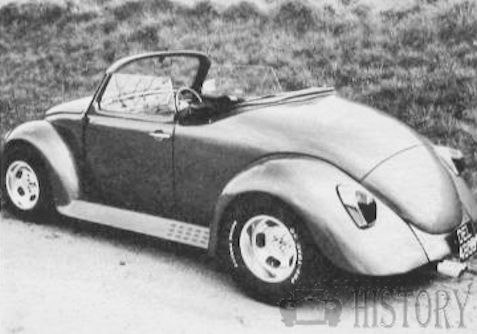 Pete Cheeseman founded the company Wizard of Rods in 1987 in Slough , County Berkshire . He started producing automobiles and kits . The brand name was Wizard . In 1994, it was renamed Wizard Roadsters . 1998 ended the production. In total, about 265 copies were created.

In 1987, Wizard of Rods took over the production of the Super Coupé from Rodshop and continued production under its own brand name. The vehicle resembled a coupe by Willys from the 1940s. The basis was the chassis of the VW Beetle .

In addition, modifications of the VW beetle were created. The Beetle Saloon received an oval rear window and a modified front. The Roadster was lowered. The windjammer became a convertible with a roll bar . The delivery van was a box van .