Automotive manufacturer of Loughborough.Leicestershire,Great Britain from 1922 to 1923. 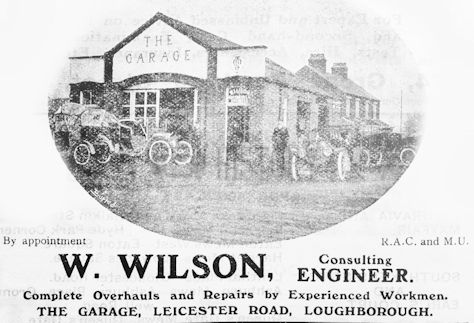 W. Wilson was a British manufacturer of automobiles in Loughborough from the 1920s.

Mr. Wilson, who was a designer at Coltman & Sons before the First World War , founded the Loughborough business in 1922 and began producing automobiles. The brand name was Wilson . 1923 ended production. Overall, only a few copies.

The only model was the 11.9 HP . A four-cylinder engine of Dorman was front mounted in the vehicle and drove through a propeller shaft to rear axle. The transmission had three gears. There was a choice of two-seater bodies at a price of £325 and larger four-seat touring cars for £450.