Automotive manufacturer of Brixham Devon.Great Britain from 1970 to 1971. 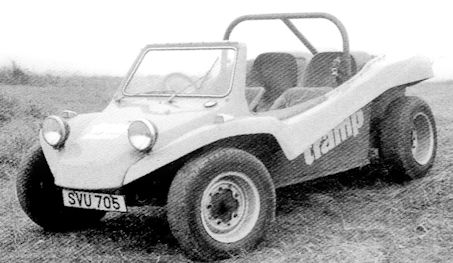 Western Laminates Ltd. was a British manufacturer of kit car automobiles in the early 1970s.

The company, led by Roger Talbot, was based at New Road in Brixham Devon .At first body parts for Davrian and later helped in the dusign of the famous Nova kit car. In 1970, Richard Oakes joined the company, which previously worked for Davrian. He designed a VW buggy . This started the production of automobiles and kits for kit cars .

The brand name was Tramp . In 1971, production ended when the company was liquidated . In total, about 75 copies were made.

The only model was a buggy. which resembled GP's buggies . The basis was the unabridged chassis of the VW Beetle .