Automotive manufacturer of Colnbrook , Buckinghamshire .Great Britain from 1960 to 1964. 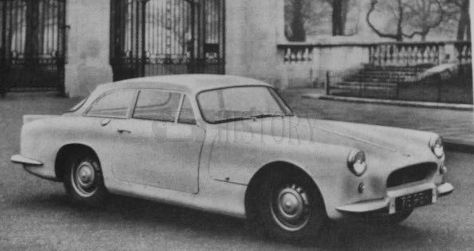 Warwick was a British car brand produced by Bernie Rodger between 1960 and 1964 in Colnbrook , Buckinghamshire .

The test car cost £ 16,666 including taxes. Two prototypes of the later successor 3.5 liter or 305 GT were completed in 1961 and had the light aluminum V8 engine from Buick , which was later adopted by Rover.  The motor had 3523 cc and provided 155 bhp (114 kW) John Gordon and Jim Keeble (who had previously used the Buick V8 in a Peerless) later used the Warwick frame as the basis for a car powered by a Chevrolet engine, designed by Giugiaro and built by Bertone . This was originally introduced in 1960 as Gordon GT and built in 1964 as Gordon Keeble .