Automotive Manufacturer of Sussex; United Kingdom from 1967 to 1969 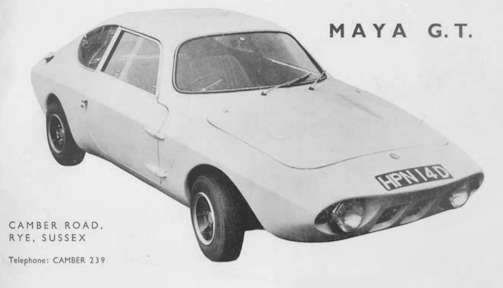 West Engineers Ltd. was a British manufacturer of kit type automobiles in the 1960s .The brand name was Maya

George Holmes founded the company in Camber Sands Sussex in 1967 after leaving Camber Cars and began producing automobiles and kits .The name came Maya was After a horse of his wife. In 1969, Holmes died fatally. In the same year the production ended. In total, about six copies were made.

The only model GT was an evolution of the Camber GT . The front including the previously too low arranged headlights had been revised. The coupe was based on the Mini .