Car manufacturer of Peterborough.Great Britain from 1970 to 1972. 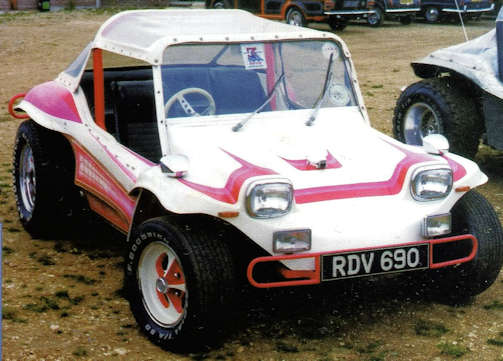 Vulrod Motors was a British manufacturer of kit car automobiles in the 1970s .

Malcolm and Peter Craker operated the Homesdale Motor Traders workshop at Old Homesdale Road in Bromley in the London Borough of Bromley . Between 1970 and 1971, they produced automobiles and kits that they offered as Vulture .

Michael Jeffs founded the company in 1971 in Peterborough . He took over Homesdale Motor Traders and their vehicle production. The brand name remained unchanged. 1972 ended the production. In total, about 120 copies were made.

One model was a VW buggy . The basis was a shortened chassis of the VW Beetle . Initially, a kit cost £170 .