Automotive manufacturer of Great Britain from 1966 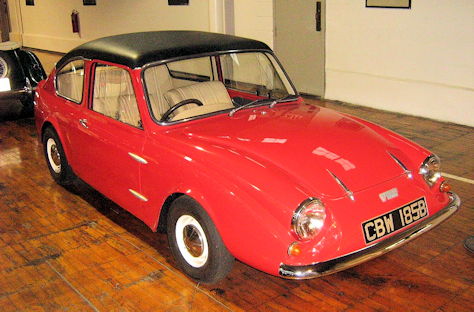 Viking Performance was a British manufacturer of small automobiles in the 1960s .

Bill Last, who also founded Trident Cars , led the company from Woodbridge . In 1966 he took over the production of a model from the Peel Engineering Company and began producing automobiles. The brand name was Viking . In the same year the production ended. In total, about to 25 vehicles were created.

The only model was the minisport . It was the successor to the Peel Trident Mini . A tubular frame chassis. Many parts such as front and rear subframe and windshield came from the Mini . The coupe body was made of fiberglass . It accommodated 2 + 2 persons.