Carmakers manufactured in Newark.Great Britain from 1959 to 1961. 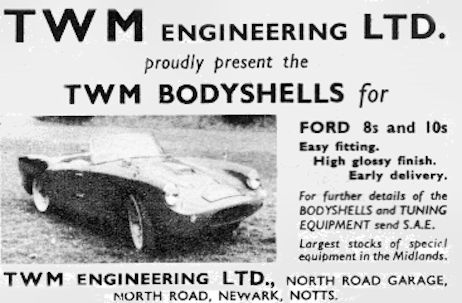 TWM Engineering Company Ltd. was a British manufacturer of automobiles .

Terry Wren, who previously led Developments with his brother Clive Convair , founded the company in 1959. The seat was on Muskham Road in Newark Nottinghamshire . The production of automobiles and kits began. The brand name was TWM . In addition, there was a collaboration with North Downs Engineering Company from Whyteleafe. 1961 ended production. In total, about 20 copies were made.

The vehicles were based on the chassis of an Austin A 35 . In addition to the original four-cylinder engine was also a tuned version to the version. The open body could accommodate two people. It was similar to Nickri Alpine by Nickri Laminates of Romford .