Automotive manufacturer of Frant , East Sussex.Great Britain from 1986 to 1990. 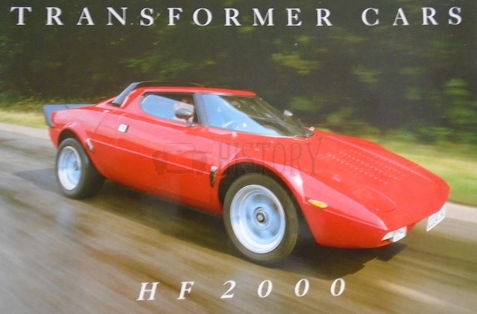 Transformer Cars was a British manufacturer of replica Lancia Stratos automobile from the 1980s.

Gerry Hawkridge founded in 1984 the company in Frant in the county of East Sussex, he was assisted by Colin Arthur and Gordon Cruickshank. They started with the production of automobiles and kits in 1986 . The brand name was Transformer . 1990  the production ended.. Total originated about 250 copies. 1986 Hawkridge also founded Hawk Cars .

IN 1973 LANCIA unveiled their new rally weapon - the Stratos. The first mid-engined rally car and the first Of the homologation specials, it Cut a swathe through more conventional machines with its Ferrari V6 engine, steel monocoque and fibreglass body panels styled by Bertone, With its terrific performance it won the gruelling Monte Carlo rally four times, and took the World Rally Championship in three successive years. British rally enthusiasts will remember the Car run by the Chequered Flag team. But, apart from its competition success, those who bought the road version
discovered that it made a superb sports car. The Stratos has always been a desirable supercar because of its practicality: a pre-dominantly fibreglass body, a robust chassis designed for rallying, plus a generous luggage
boot in the tail. even has room for a full sized spare tyre in the nose. Those lucky enough to own one Of these rare cars possess a sought
after and fast appreciating classic now command.

The offer included models HF 2000 and HF 3000 . These were replicas of the Lancia Stratos . On a special chassis it was coupe of fiberglass . Many parts came from the Lancia Beta . Various engines from Honda , Rover , V6 engines from Alfa Romeo and V6 and V8 engines from Ferrari powered the vehicles.Successor was the Hawk Stratos of Hawk Cars.

The HF2000 which is a painstakingly accurate replica internally, externally and mechanically. It departs from the original only in offering right hand drive and in replacing the Dino V6 with a Lancia 2-Litre Twin Cam engine. As on the original, to reveal the fully adjustable front suspension and the substantial engine cage at the rear. incorporating the mountings for the Lancia Beta subframe which transfers complete with the engine, gearbox, suspension struts, lower
wishbones and anti-roll bar. Detail components such as door handles, catches. instruments. lights and switchgear are the same parts as used by Bertone in 1973, so that the effect is complete outside and in.
Despite its obvious sophistication the HF2000 is straightforward to assemble, and the finished car combines practicality with stunning Italian
lines and mid-engine sports car performance.

The standard kit comprises Of a bracketed Chassis, Stove enamelled already bonded and riveted in place_ The chassis Includes a substantial roll cage along subframes for the front suspension and the Beta engine/suspenson package at rear.
system ensuring accurate geometry. All body panels are included to complete the car to standard road specification 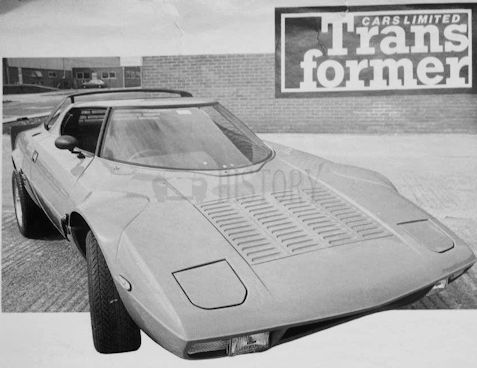