Car manufacturer of Shefford , Bedfordshire.Great Britain from 1985 to 1987. 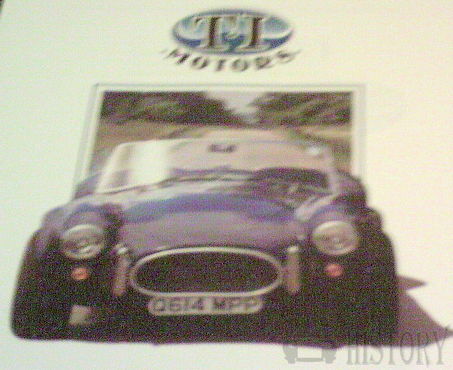 TI Motors was a British manufacturer of kit car automobiles in the 1980s.

Tim Ivory founded the company in Greenfield in the county of Bedfordshire in 1985 . He started producing automobiles and kits . The brand name was TI . In 1986 moved to Shefford in Bedfordshire. 1987 ended production. In total, about 35 copies were made.

The only model was the Tuscan . This was the replica of the AC Cobra . A steel ladder frame formed the base. Then an open two-seater body was mounted. The front suspension came from the Ford Cortina and the rear, albeit modified, from the Ford Capri .

Various V6 engines from Ford and V8 engines from Rover propelled the vehicles. With a kit price of £1750 , the model was one of the cheaper Cobra offers on the market.