Car manufacturer of Wolverhampton.Great Britain from 1920 to 1924. 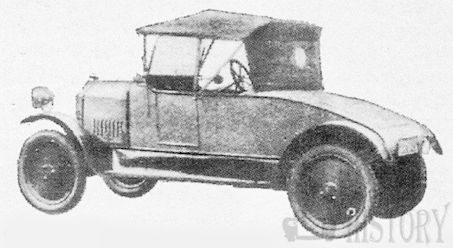 The Thomas Roger & Co. Ltd. was a British light car manufacturer in the 1920s.

The company from Wolverhampton began in 1920 with the production of automobiles . The brand name was Roger 1924 ended the production.

The only model was the 10.8 HP . It was a light vehicle. A four-cylinder in - line engine from Coventry-Simplex with 1370 cc capacity propelled the vehicles. The peculiarity of the otherwise conventional touring car design was the transverse leaf spring, on which the front wheels were suspended.

In total, about 150 vehicles were created.