Automotive manufacturer of Exeter, Devon;Great Britain from 1901 to 1906. 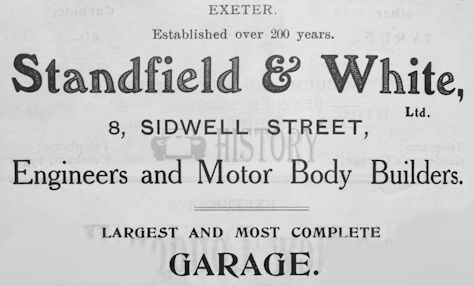 Standfield & White was a British manufacturer of automobiles from the early part of the 20th century .

The Exeter company was a dealer and workshop for automobiles. 1901 began the production of automobiles. The brand name was White . 1906 ended the car production. Later they made vehicle bodys from the Wolseley Motor Company and vehicles from Hillman .