Speedex Castings & Accessories was a British manufacturer of kit car sports automobiles from the late 50s to the early 60s .

Jem Marsh, who previously worked for Dante Engineering , founded the company in 1958. Location wasr Windsor Street 17a in Luton . They offered vehicle parts and tuning . In October 1958 began the production of automobiles and kits . The brand name was Speedex . 1962 ended production. Cambridge Engineering from Kew took over the company and continued production under the same brand name until 1963. In total, about 211 copies were made. Jem Marsh later founded Marcos Cars .

The first model was the 750 . The vehicle was based on the chassis of the Austin 7 . The open body could accommodate two people.  From this model created 150 copies until 1963. 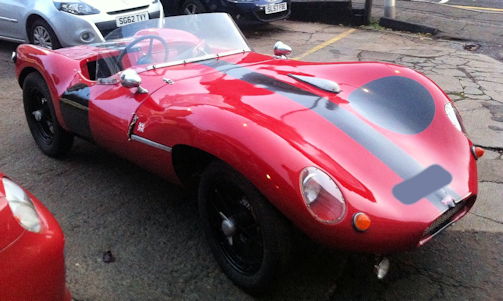 The Silverstone appeared a year later. It had the same base but integrated fenders. 50 copies were made until 1963.

In 1960, the Sirocco appeared . This was a coupe , designed by designer Peter Hammond, who later switched to Vauxhall Motors . The chassis of the Ford Ten formed the base. Eleven were created.