Automotive manufacturer of Pinxton Derbyshire.Great Britain from 1973 to 1995. 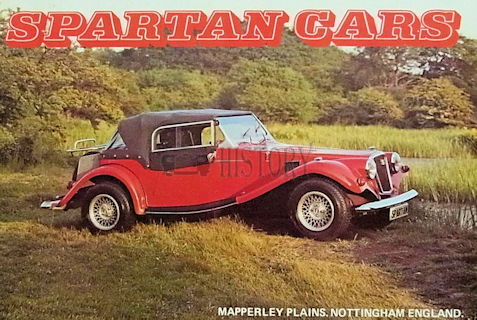 Spartan Cars was a British manufacturer of kit cars , which was originally located in Mapperley Plains, Nottinghamshire then in Pinxton ,Derbyshire 1973-1995 . Company founder was Jim McIntyre . The manager Steve Beardsall took over the company in 1991.

The most important model was the Roadster , an open 2 + 2 seater in the style of the MG TF , which was initially based on the chassis and the mechanical components of the Triumph Herald . A body of aluminum sheets and fenders made of fiberglass completed the car. In 1980, when the Triumph Heralds became harder to find and became collector's items, they built their own new suspension, which incorporated components from the Ford Cortina Mk. III / Mk. IV .

The Sherwood was a combined version of the Ford Cortina, but with a new chassis. The rear roof panel was removable, so you could turn the car into a pickup . Manufacturer was Sherwood Universal Vehicles , which belonged to Spartan Cars.

Even more unusual was the Starcraft , a motorcaravan with six wheels based on the Ford Cortina Mk III / Mk IV / Mk V. A new steel chassis took on the mechanical components of the donor vehicle. On it was mounted a large structure, which was also equipped with an alcove over the first row of seats. The bonnet and vehicle front were redesigned, but the center section of the Ford, including harness, instrumentation, and windshield was retained.

In 1991, the Treka , an off-road vehicle based on the Ford Fiesta '84 , was introduced. Over 4000 kits have been manufactured and exported to more than 23 countries. 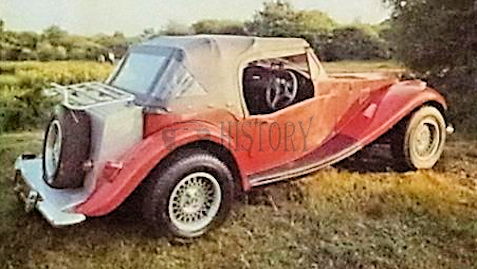