Automotive manufacturer of Dorset;Great Britain from 1969 to 1976. 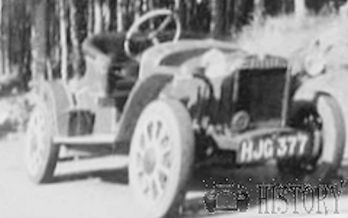 The designer Neville Trickett founded in 1969 together with Michael Saunders, the company based in Weymouth . The production of the automobiles and kits took place however in Tricketts Design studio Neville Trickett Design Ltd. in Blandford Forum . The brand name was Siva . 1976 ended production.Total created 126 copies. In addition, Neville Trickett ran together with Robert Paterson Siva Motor Car Company in Aylesbury , whose more modern vehicles were also marketed as Siva from 1970 .

The offer included vehicles that were similar to vehicles from the period of the early veteran cars from around 1900s.

The Tourer was the four-seat variant of the Roadster on the same basis. The kit cost 160 pounds. Siva made 80 copies in the same period. One vehicle bore the registration number MSJ 648 . In the television series Doctor Who such a vehicle is used as Bessie .

From Raceabout created between 1970 and 1976 six copies. Model was a two-seater racing car by Renault from about 1904. The vehicle had a strikingly long front hood. Since the vehicle was based on the chassis of the VW Beetle , it had the engine in the rear. Striking was the long steering column.

The Parisienne was a little more successful on the market with seven copies in the same period. The base was the chassis of the Citroën 2 CV . The rest was similar to the tourer .

The San Remo was similar to the Parisienne . However, he had the chassis of the VW Beetle. Of these, eight copies emerged between 1970 and 1976. 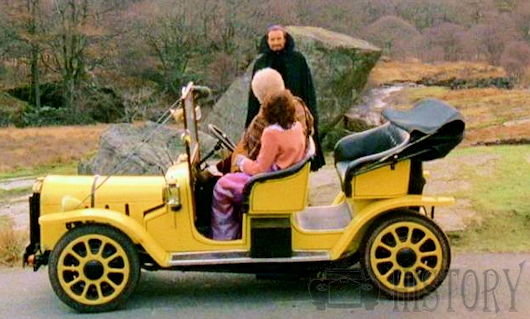