Automotive manufacturer .Great Britain from 1896 to 1904. 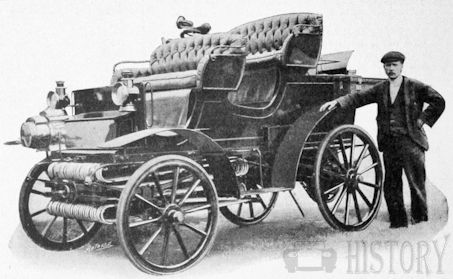 John Simpson was a early British manufacturer of steam automobiles from the late 19th century.

John Simpson founded the company in Stirling in 1896 and began producing automobiles. The brand name was Simpson . 1904 ended the production. In total, about 20 vehicles were created.

The company produced steam cars. An early model had a four - cylinder steam engine with 6 hp . Later engines made 10 hp and 12 hp.