Automotive manufacturer of East Dereham , Norfolk.Great Britain from 1993 to 1996. 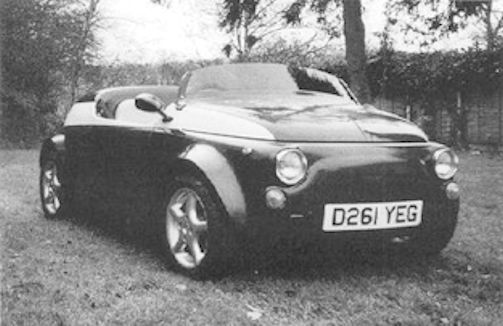 Simpatico was a British manufacturer of small replica automobiles and kit cars in the 1990s.

The designer Peter Stevens founded 1993  the company in East Dereham in the county of Norfolk . He began producing automobiles and kits in collaboration with the Dove Car Company, led by Colin Jones . The brand name was Barchetta . 1996 ended production. In total, about twelve copies were made.

The only model was the 595 . The technical basis was the Fiat 126 . On it an open two-seat plastic body was mounted, which was similar to the Fiat Nuova 500 had no doors. Cool Car 500 made a similar vehicle years later, but with more safe features with doors and two roll bars behind the seats.