Automotive manufacturer of Kingston upon Hull.Great Britain from 1964 to 1985. 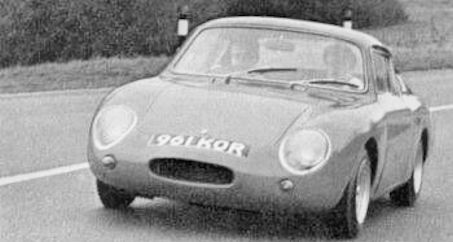 Peter Sheen was a British manufacturer of automobiles in the 1960s .

The wine merchant Peter Sheen began in 1964 at his company in Kingston upon Hull with the production of automobiles and kits . The brand name was Sheen . The presentation of the first model took place in September 1964 in Brands Hatch . The production ended in 1965, because Chrysler delivered no parts despite the contract. Overall, Sheen sold two copies.

The main model was the Imperator GTS . This was a coupe . The body was made of aluminum and was made in the same location at The Robert Peel Company . Many parts as well as the chassis came from the Hillman Imp . For the drive of its four-cylinder engines were available. In the basic version of the engine of Nathan or Willy Griffith was tuned to 70 hp . The top engine turned a prepared by Paul Emery engine with 1147 cc displacement represents and 105 hp.Also planned was a model with a cheaper body made of fiberglass .