Automotive manufacturer of Great Britain from 1976 to 1978. 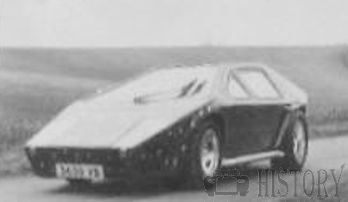 Seta Cars was a British sports kit car manufacturer, which offered from 1976 to 1978

The company based in Hayling Island in the county of Hampshire .The company Seta was founded in 1976 by Malcolm Wilson. It produced only one model, the Seta Saga, which could only be sold a few times in three years. In 1979, Wilson, after changing the name to Zeta, tried unsuccessfully to sell the company. The company still existed to 1982 as Zeta Cars on, at this time but no vehicles were sold.

The Seta Saga was a wedge-shaped coupe with double doors. Its basic shape with the steeply sloping front end and the windshield was roughly based on the Lamborghini Countach , but overall was much simpler structured.

The side windows were in two parts and bordered by wide frames. The technical basis was the VW Beetle , from which the underbody, the mechanical components and the engine were used. The saga was available exclusively as a kit; the content of the kit is described as comprehensive. By 1978, only six copies of the saga were created. 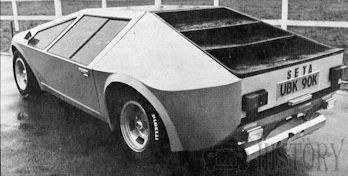