Automotive manufacturer of Oldham , Greater Manchester.Great Britain from 2008 to 2014. 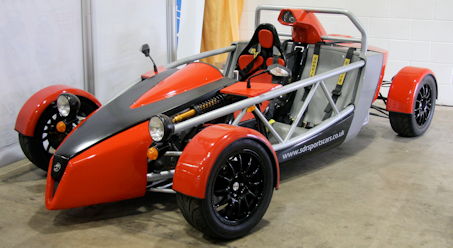 The company was founded on May 10, 2007 in Oldham , Greater Manchester . Simon Dickens and Ann Dickens became directors on May 21, 2007.  They began in 2008 with the production of automobiles and kits . The brand name was SDR . On December 23, 2010, Ann Dickens resigned as director.  The company has been in liquidation since October 2014 .  Overall, emerged about 45 copies.

The only model was the V-Storm , also called WR 3 V-Storm . This was an open two-seater. At the beginning only motorcycle engines were available, u. a. from the Aprilia V-Storm . From 2009, the four - cylinder boxer engine from the Subaru Impreza was installed.