Automotive manufacturer of Wakefield , West Yorkshire;Great Britain from 1985 to 1986. 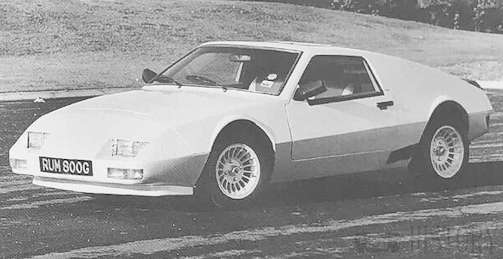 S & R Sportscars was a British manufacturer of kit car automobiles in the 1980s.The brand name was SR .

Roy Coates, who already in 1982 Embeesea kit cars the rights to the project Eurocco acquired, in 1985 founded the company in Wakefield in the county of West Yorkshire . They started producing automobiles and kits . 1986 ended production. In total, about three copies were created.

First model was the SR 1 . The basis had the chassis of the VW Beetle . Then a coupe body was mounted on top.A little later, the SR 2 followed . Building on the same basis, the coupe offered space for 2 + 2 seats. The front headlights of both models came from the Audi Quattro .