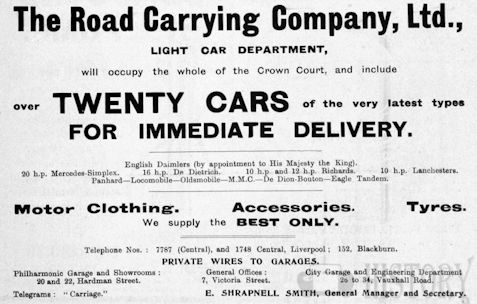 Road Carrying Company Ltd. was a British dealer and manufacturer of automobiles only in 1906 .

The company from Liverpool  in 1903 under the direction of Edward Shrapnell Smith motor vehicles  began the production of automobiles in 1906. The brand name was RCC . In the same year the production ended.

The only model was the 6 HP . The advertisement for the vehicle was: For the man with modest means.