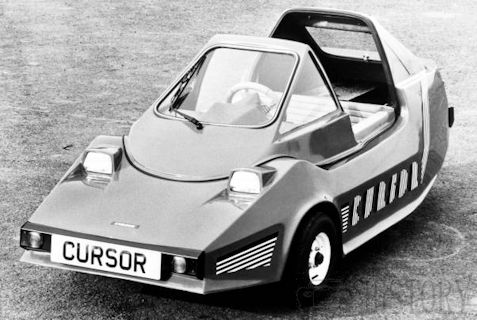 Alan Hatswell founded in 1981  the company in Faversham, Kent and began the production of automobiles. The brand name was Replicar . There were links to Keith Sharman & Company and Rawlson Racing Limited later sold by Chiltern and PB Motors  . 1996 ended the production.

A model was offered between 1984 and 1988 Cursor Micro . This was a three-wheeled minicar with the single wheel at the back. The vehicle was 284 cm long, 130 cm wide and weighed 160 kg. There was a single-seater with no doors, with a single-cylinder engine of Suzuki equipped, and a two-seater, alternatively, for the built-in motor of Honda was available. There were about 100 vehicles.

In addition, the company produced replicas of classic automobiles.Sufficiently similar to the real thing Alan Hatswell's Type 35 Bugatti replica A model was similar to the Bugatti Type 35 . The shortened chassis of a VW Beetle formed the basis. The body was made of fiberglass . There was also a four -seat version, which was similar to the Bugatti Type 43 . Two kits available, either the standard at £2500 or the deluxe at £2950, both prices inclusive of VAT, although cars were available built to any specification the customer may care to order.

The standard kit consists of a set of high quality GRP body panels in self-coloured gelcoat, the frame assembly which carries the tail section and the two chassis side members that attach to the narrowed floorpan. Also included are headlamps and stoneguards, rear lamps and mountings, flashers and front sidelamps, an upholstered seat assembly, a pair of aeroscreens and a superb chrome-finished radiator shell. Further hardware comprises the silencer system, a full set of fasteners and other sundries such as hinges and catches, bonnet straps, wheel trims, speedo cable and complete handbrake assembly. The deluxe kit adds a front wiring harness, steering wheel, special fuel tank and a set of period-style instruments.

Weather equipment tonneau at £245, and if you don't fancy narrowing your own Beetle floorpan this was done by Replicar for £275. The company w also built up complete cars if required.

A replica of the Bugatti Type 55 as a roadster based on the van Model Leyland Sherpa , although a separate ladder frame was used. In addition to four-cylinder engines were also row - six-cylinder engines for election. 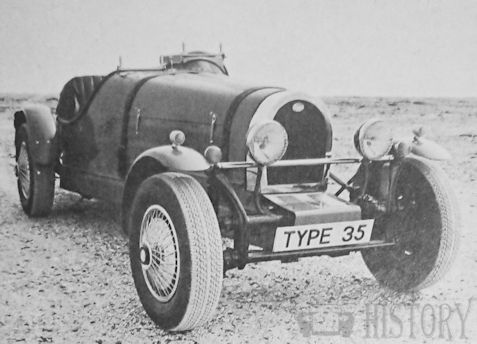