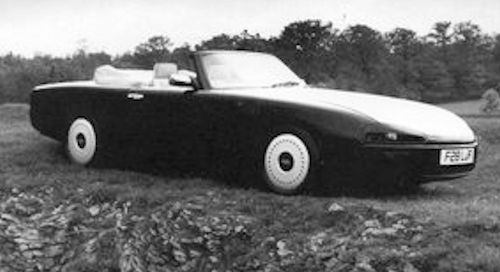 Railton Motor Company Limited was a British manufacturer of automobiles .

The company was founded in 1989 in Alcester in the county of Warwickshire . The production of automobiles. Designer was William Towns . The brand name was Railton . By 1993 ended production with a total of only 50 cars to be built ,but the vehicles cost was a expensive £105.000 .

On offer were two models based on the Jaguar XJS as a convertible . The F 28 Fairmile was designed a bit more sporty than the F 29 Claremont with covered rear wheels.  The body was made of aluminum . A six-cylinder engine with 3600 cc capacity.