Car manufacturer of Northampton Great Britain from 1902 to 1903. 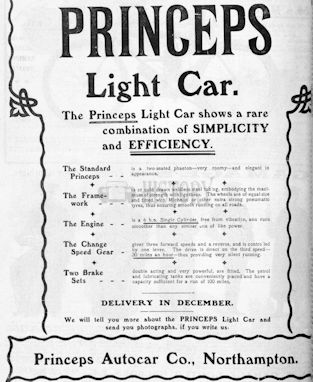 The Princeps Autocar Company was a British manufacturer of cars and motorcycles, which was located in Northampton 1902 to 1903 . Founder and owner was JE Hutton . In 1903 the company was incorporated in JE Hutton Ltd. renamed and existed until 1905.

1902 began with the construction of a light car, which was equipped with a single-cylinder engine from Aster , which is given as 4 hp..

From 1903 motorcycles were then built, which continued - despite the change of the company name - the name Princeps continued. The vehicles were powered by a single-cylinder engine with 2 ¼ hp or a V2 engine with 4 hp. Also a 6hp Phaeton .The drive on the rear wheel was made at the customer's option either by a belt or a chain 3 speed and reverse . The larger model was also available with "Forecar", a forward-mounted chair for a passenger cars had a 100 mile range.

In 1905 the company had to close its doors due to lack of demand. Hutton then became director of Ariel Motors . 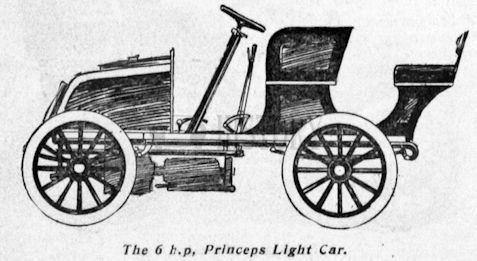