Car manufacturer of Stockport , Greater Manchester.Great Britain from 1971 to 1972. 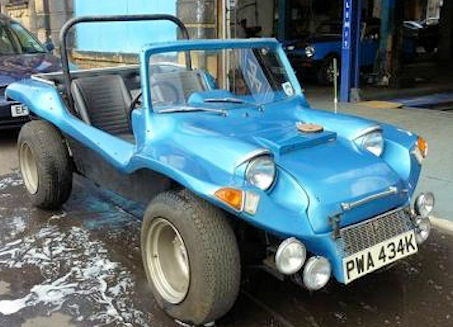 Phil Haigh Auto's  was a British manufacturer of automobiles in the early 1970s.

The only model was a beach buggy in the style of a VW buggies with unusual headlight position. However, the basis was the chassis of the Ford Anglia . Its four-cylinder engine had 997 cc capacity .