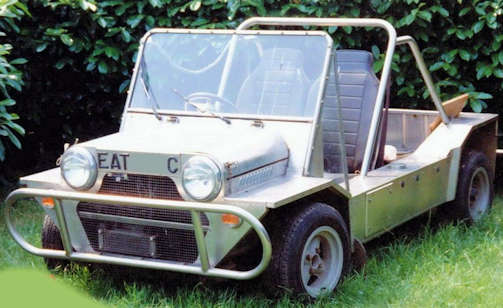 Peter Frenette was a British manufacturer of kit type automobiles in the 1980s. The brand name was Frenette .

The gun manufacturer Peter Frenette founded in 1981 the same company and started producing automobiles and kits in St Neots in Cambridgeshire. 1982 ended production. In total, about four copies were created.

The model was like the Mini Moke . The basis was the mini . The open body was made of stainless steel and not plastic as in many competing models.