Automotive manufacturer of Leicester.Great Britain from 1934 to 1954. 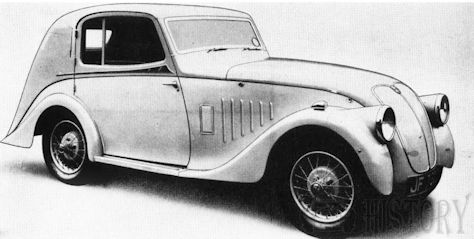 Partridge, Wilson & Company Ltd. was a British manufacturer of commercial vehicles and automobiles .

The company from Leicester began in 1934 with the production of commercial vehicles, especially of vans with electric motor . Between 1935 and 1936 also passenger cars emerged . The brand name was Wilson . 1954 ended production.

The only car model was an electric car . Arthur Mulliners of Northampton made the streamlined coupe body . The maximum speed was given at 43 km / h and the range at 64 km. The original price was £385 . For comparison, the roughly equal-sized Morris Ten cost 200 pounds. In total, about 40 copies were created, one of which still exists today.