Car manufacturer of Orpington Kent.Great Britain from 1920 to 1924. 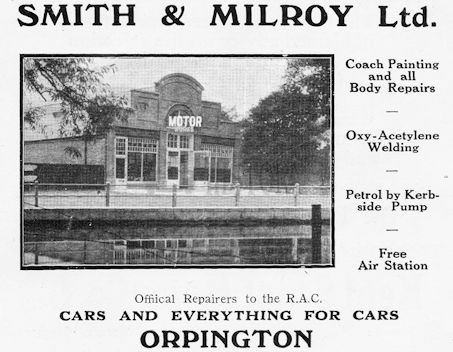 Orpington was a British automobile brand, which was from 1920 to 1924 by Smith & Milroy Ltd. was made in Orpington Kent . Smith & Milroy were also the British representative of the US automobile manufacturer Overland as well as previous production of early motorcycles and engineers .

Only one model was built, the Orpington 10/12 hp , also called Orpington 10.5 hp . The light, two-seat car had a side-mounted, four-cylinder in-line engine with 1.5 L displacement from Coventry-Simplex . this had a wheelbase of 2438 mm. Other components came from Ford Model T .

In 1924, the brand disappeared from the market again around 3000 buit.